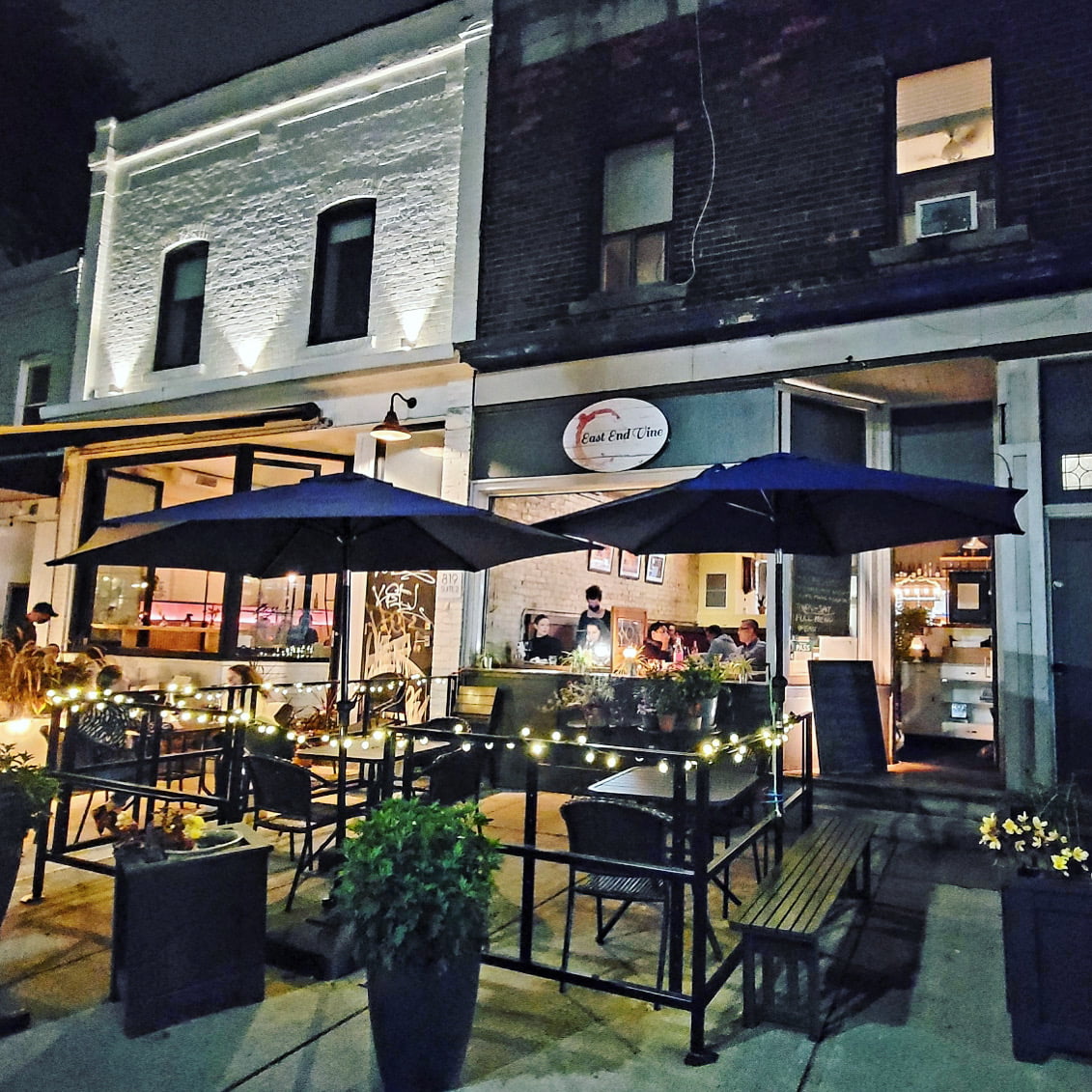 How we came to be…

The concept of East End Vine was based on the travels of Ian Stoddart. There were a few specific spots which stood out for inspiration: a tapas wine bar in Malaga, Spain; a jazz wine bar in Miami; a wine cheese bar in Melbourne, Australia; and a hidden neighbourhood restaurant in Perugia, Italy. Ian felt he was always telling friends and family about hidden gems he found while travelling, and how he wished to stumble upon something similar in Toronto. Not the brightest in math, but still somewhat knowledgeable Ian put two and two together and came up with the idea of East End Vine, a spot that would bring that same ‘vibe’ to the Toronto Riverdale/Leslieville neighbourhood. Ian, along with business partner, Johnson Yeh, set to work to flip Johnson’s old neighbourhood diner, Mad Dog Cafe, into a slice of European countryside right in the heart of Toronto’s East End.
We hope you feel like you’ve stepped into a mini-vacation when you dine at East End Vine.